Behind the Himalayas at the large Tibetan plateau, the highest region of Tibet is one of the most popular tourist destinations with unique and distinctive perspectives and aspects. The homeland of the Bon Po; the Pre-Tibetan Buddhist religion, Tibet is the trans-Himalayas and green vegetation is very rare, behind the scene of the beautiful whity colossal of the gigantic Himalayas is also the ancient civilization of china and the existence of many ethnic groups. The dry land of Tibet is also the main route for centuries for Indo China Trade. Besides the desert land and dry field, Tibet is a marvelous place to admire the rich Buddhist culture, experience the trans-Himalayan life, and allure with the beauty of the Himalayan backs. Outstanding heritage and monuments, the masterpiece of the architecture, rich culture, warm hospitality and kind behavior of the Tibetan peoples, and the several views of the Himalayas and holy lakes are the main reasons anyone must have to visit Tibet.

The palace of the Dalai Lama, Potala Palace in Lhasa Tibet is the main attraction of Tibet visit. The amazing architecture and the arts presented at the structure are so amazing. As one of the ancient monasteries or also known as dzong, Potala Palace bears lots of the histories of Tibet. The palace itself is very important for the locals as the people's beliefs the palace is at the Red Ridge which is one of the three hills protecting Tibet. Built-in a height of 3700m elevation, Potala Palace, the huge heritage is a great place to rejuvenate and relish in the serene of the Gyatso Buddhism Practices.

Built-in the 8th century, Samye Monastery is the oldest temple of Tibet. The Mandal designed ancient heritage has been attracting lots of tourists all around the world with its serenity and divinity. The  Gumpa is also popular among the author as the Temple of Unchanging Spontaneous Presence. Samye Monastery has played a significant role in the history of China and Tibet.  The monastery is fully designed by the Mandala architect as per the Buddhist Cosmology. It has been a vital role in Tibet tourism. Samye Gompa is the masterpieces of Buddhist arts and architecture full of Buddhist Jewels.

One of the largest lakes around Tibet, Yamdrok Lake is the holy lake that gives astonishing scenery. The Freshwater lake is the sacred pond as the Tibetan peoples believe that if the lake dries up, Tibet will no longer be habitable.  Karola Glacier is another popular place numerous tourists use to visit the area. The Himalayan glacier is one of the most sensitive parts of the Himalayan Ecosystem. The way to the glacier also gives astounding views of Yamdrok Lake.

Expand All + Collapse All -

Day 1:Arrival at Lhasa and transfer to Hotel.

Welcome to Lhasa- the land of the god

Upon your arrival in Lhasa, the driver will pick up you either from the Lhasa airport or the train station and drive to your hotel. You are advised to take plenty of rest for proper acclimatization as you are at an altitude of more than 4500 m.

After breakfast at the hotel, your Tibet sightseeing will start. You will have a private vehicle and a professional city tour guide at your disposal.

Jokhang Temple: It is listed in UNESCO’s World Heritage site in 2000, was built by the 33rd great king of Tibet in the 7th century. This temple is the ultimate pilgrimage destination for Tibetan Pilgrims. The statue of Buddha Sakyamuni at the age of twelve is placed inside the temple.

It is one of the “great three” Gelug monasteries of Tibet, founded in 1416 by Jamyang choge, one of the Tsongkhapa’s main disciples. You can visit the biggest monastery kitchen inside the monastery and enjoy the Buddhist Sculpture Carving workshop near Drepung.

After breakfast at the hotel, you will drive 290 km to visit Samye Monastery, then drive to Tsedang, the capital of Shannan Region, located in the Yarlung Valley.

Samye Monastery: It is the first temple built in Tibet and first completed with the Buddist Jewels of Buddha, Dharma, and Sangha. The historical temple is located in the area of the Shannan Region. With these unique features to boast, this temple has become the main attraction point for visitors from all around the world.

After leisurely breakfast, your sightseeing of Tsedang starts with a private vehicle and a professional tour guide at your disposal. The following are the visiting points.

Yumbulakang Palace: Well known as the first palace of Tibetan history and among the oldest buildings in Tibet. Temple is located 12km southwest of Tsedang County. This palace (Castle) is divided into the front and rear sections. The front section boasts the 3-story building while the rear is dominated by a tall tower, like a watchtower of the castle, you have a panoramic view of the entire valley.

Trandruk Monastery: The monastery is landmarked at 5km south of Tsedang. It is one of the most primitive Buddhist monasteries in Tibet state. According to legend, the monastery was built after Songtsen Gampo turned into a roc and conquered an evil dragon. The name “trandruk” means roc conquering a dragon.

Drive to Gyantse from Tsedang after breakfast. On the way, you will pass over the Gampala pass (4790 m), and have a visit to the most beautiful lake in the region- Yamdrok Lake and Karola Glacier.

Yamdrok Lake: It is a freshwater lake in Tibet which stretches about 72 km long, nurtured by many small streams and surrounded by snow-covered mountains. Lake is famous as one of the 3 most sacred lakes in Tibet. According to myth, Yamdrok Lake is the transformation of a goddess.

Karola Glacier: The glacier rests at 5,560m above sea level, and with an area of 9.4 sq km, this magnificent glacier is observable from the highway which links Lhasa and Shigatse. The glacier has been divided into black and white layers due to smoke from motor vehicles, which gives a characteristic color

After breakfast at the hotel, you will visit the Pelkor Monastery, then drive to Shigatse for overnight.

In the morning, you will visit the home of Penchan Lama - Tashilunpo Monastery; you will get to see the well preserved largest statue of Jampa (future god) of the world. The monastery itself is an abiding place for the successive Penchen Lamas.

After these activities in Tibet is almost complete and you will drive back to Lhasa and transfer to the hotel.

Our representatives will escort you to the Airport as per your flight time.

After the wonderful opportunity to organize this tour for you we wish you a safe and happy journey ahead.

1. Booking Procedure
Single traveler Surcharge/ Single Supplementary Charge
Relax Getaways offers this tour package with the hotel and accommodation service on a twin sharing basis. Travelers have to share their hotel rooms, however, single travelers can go for a single supplement with an additional charge.
Looking for a group or private trip
Private booking or group trips required at least 4 pax. Any odd pax has to pay a single supplementary charge.
Contact us if your group size is less than 4 and want a private group trip.
Advance
Relax Getaways use to collect full payment as advance for booking the Tibet Heritage Tour.
Payment Procedure
Go through Book Now and select your preferred departure schedule and book through an online payment. The booking of the package of Relax Getaways is done through an online payment. We accept visa debits/ credits, Mastercard, American Express, and bank transfer as well. For private trip booking, go through a private trip booking
Price Changes
The prices published on the page are subject to change. The changed price doesn’t apply to the already booked voucher/ pax, but the new pax and addition of travelers have to stick with the new price.
2. Postpone Cancellation and refund
For any reason, if the clients who booked the trip want to postpone, or cancel the trip Standard Policy for Postpone, Cancellation, and Refund implied.
Note: Due to the Corona Virus Pandemic, Refund, and cancellation, and postpone policy of Relax Getaways has been temporarily amended. Any booking made in the year 2020 AD is allowed to claim a full refund. Refunds are not provided to any claims after the date of departure.
3. Travellers Insurance
Travel Insurance is moreover than medical insurance. Travel insurance is the complete assurance for the travelers, so please get the proper travel insurance before the departure. The cost does not include travel insurance, so, do it yourself.
4. Visa and Legal Entrance
The package does not include the visa service. You have to get the visa yourself. Visit the official website of Nepal Immigration for more information.
5. Termination of Contract due to Situation Beyond Control
The contract between the traveler and Getaway Deals is subject to termination if the possibility of performance is null due to the situation beyond control. A refund has been paid if the package is revoked due to a situation beyond control.

What Our Clients Say 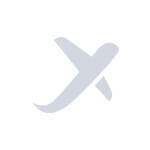 The contact to Explore Tibet through Relax Getaways has been excellent and gave us the opportunity to make the tour ...

Trans-Himalayas and the exceptional journey

My wife and I had an incredible trip to tibet last year. We enjoyed every minute of the journey. It ...

This trip was over my expectations. This is one of my favorite tours. I learned so much about Tibet. It ...

Realm of the wonders

I visited Lhasa with my grandparents for 8 days. My grandmother was worried about the trip because she doesn’t travel ...

The contact to Explore Tibet through Relax Getaways has been excellent and gave us the opportunity to make the tour ...
Write a Review